Working on the Railroad 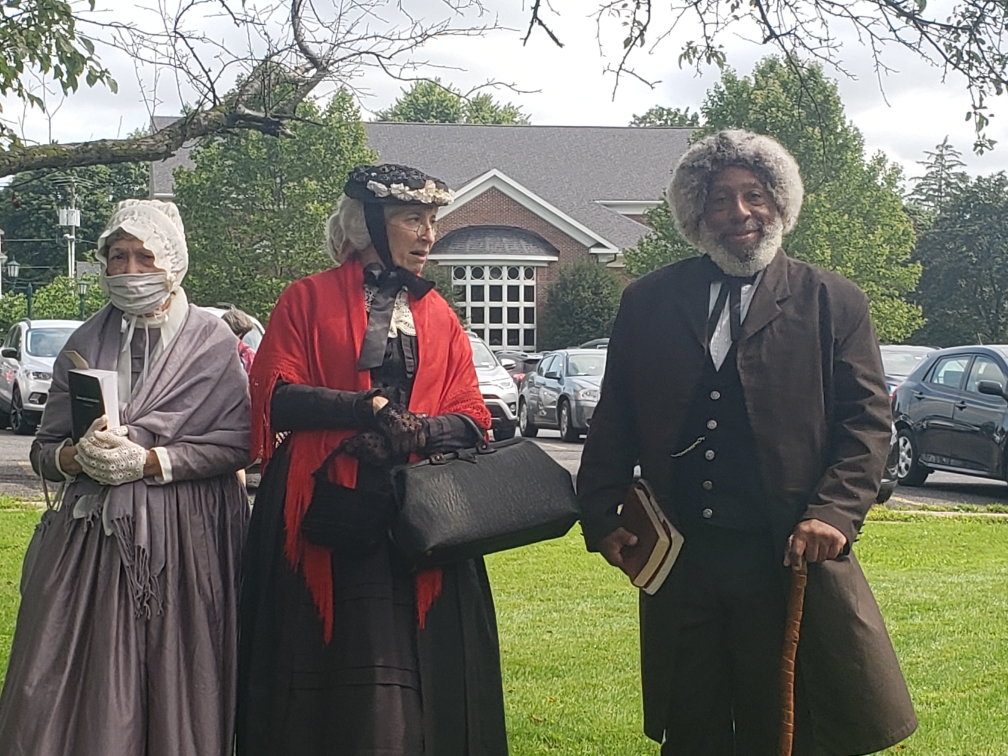 This is shaping up to be an interesting summer travel-wise. Though many people are venturing further from home, others are still more comfortable planning staycations. As July draws to a close, so far, I’ve taken road trips to Rochester, Naples, Skaneateles, Geneva, and other nearby towns. However, last weekend I decided to go no further than my own front yard!

My office, overlooking Academy Square in Seneca Falls, has one quirky aspect to it; the Finger Lakes Scenic Railway regularly runs through our front yard! I grew up with trains in my back yard so I don’t find this disconcerting. In fact, there’s something about trains that has always appealed to the adventurer in me. Imagine my joy when I learned that the Seneca Falls Historical Society, the Women’s Rights National Historical Park, and Finger Lakes Railway were partnering for a special event. Convention Days, held annually in memory of the First Women’s Rights Convention in 1848 when progressive women came from near and far to Seneca Falls by canal boat, coach, and (of course!) train, had to be mostly online this year, but not the historic train trip! 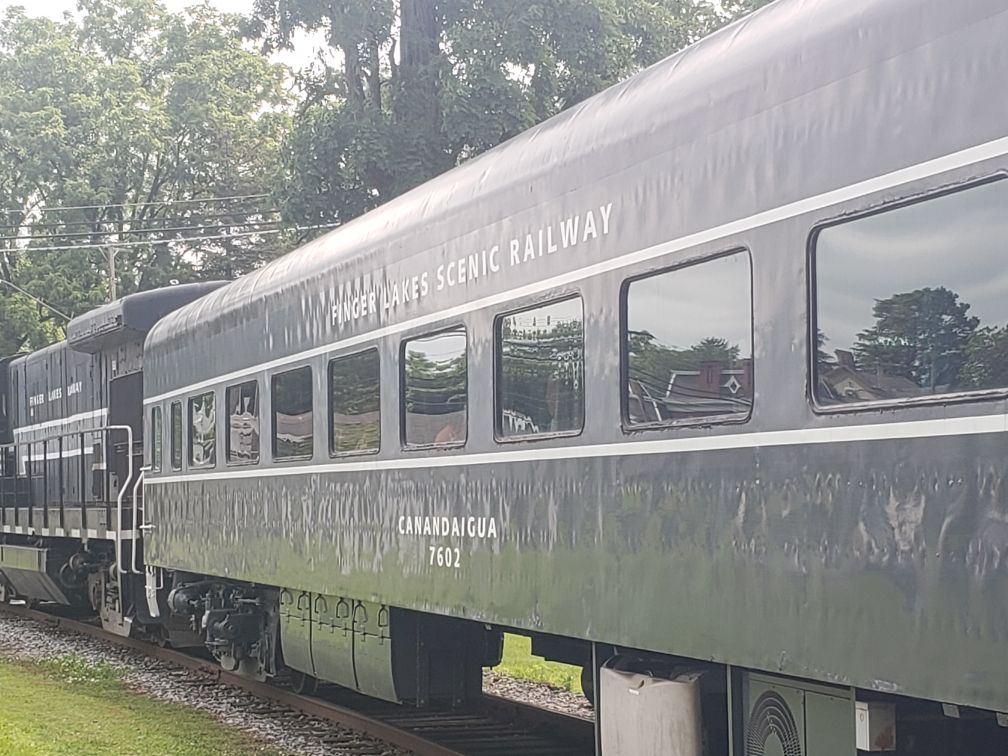 Apparently, we weren’t the only ones who thought a commemorative train ride was a cool idea. The line to board the 11:00 a.m. train was long, and people of all ages were enthusiastically chatting about the chance to do something unusual on the first halfway decent morning we’d had for a while. While we waited, costumed newsboys milled around pedaling copies of The Declaration of Sentiments and a Seneca Falls newspaper. The Lily, first published in 1849 by Amelia Bloomer, was the first publication dedicated to the interests of women. Though that might not seem like a big deal today, it bordered on the scandalous back then, even though the content contained recipes for dinner, along with recipes for social reform!

Donning our masks, we found a seat by a large window and settled in for the ride. We were headed to Auburn, another hotspot promoting social equality in the 1800’s and home to famous residents like Harriet Tubman and William Henry Seward. We learned it was also a city with strong ties to the railroad industry (American Locomotive Company).

The ride was relaxing and informative from beginning to end. Looking out the window at the cat tails waving in the breeze, we spotted a bald eagle and a fox running through a field. As the train clicked over the rails, past farms and forests, and over the northern end of Cayuga Lake, patriotic period songs like Battle Hymn of the Republic and When Johnny Comes Marching Home played in the background. Park rangers and three costumed motivators of the time, Frederick Douglass (Nathan M. Richardson), Lucretia Mott (Noelle Felice) and Susan B. Anthony (Marjorie Goldman), wandered the aisles sharing their historical perspectives with us and making it nearly impossible not to get caught up in their life philosophies-first wanting to fully understand, and then to be part of, a rapidly evolving country’s history. Back in Seneca Falls, as I disembarked, I found myself thinking that looking back in order to move forward is rarely a bad idea. For those women, and men, at Convention Days effecting change was a complicated, uncertain, and frequently troubling process, yet they did it, with courage and perseverance. As can we, if we’re willing to put our minds and hearts to it.

This summer I challenge you to explore your corner of the world using some different modes of transportation. Not only is it fun to mix things up, it also lets you to experience a place in a way you might not in a car or on a plane.