Mount Hope Cemetery-something for everyone 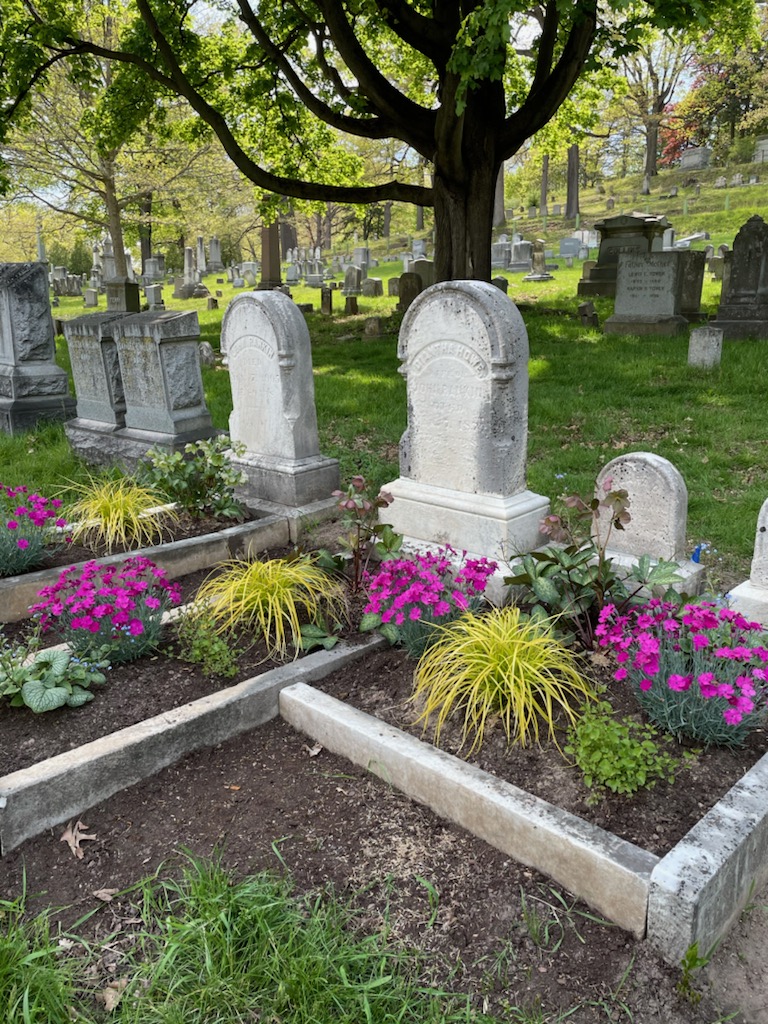 Entering round two of my aspiring travel writing career, I was thinking about what I wanted to write about next. Strangely enough, it was cemeteries! Maybe because the month of May holds Memorial Day or maybe because I still remember my middle son’s college graduation in Cleveland and how he took us all on an impromptu cemetery tour of one of his favorite places-Lakeview Cemetery. At first, I thought it was creepy but I soon discovered that what I thought something was and what it actually was were often two very different things!

Cemeteries are peaceful places to relax, meditate, and contemplate, something we could all benefit from after the past year. You can exercise in them, enjoy nature and wildlife there, and learn all about the history of an area through a guided or self-guided tour. College and K-12 groups often look forward to visiting them, as do garden clubs, historical societies, and photography groups.

My first stop was Mount Hope Cemetery in Rochester, NY. Naturally I invited Tammy along (photo credits are hers, except for Seth Green’s). Both of us were born and raised in Rochester, but neither of us had ever visited this still-active burial place. Nine of us met our guide Deb in front of the North Gate at 2:00 on a sunny Sunday.

Cemeteries are a great equalizer. There are famous people buried there, along with “average Joe’s”. A lot of them! Deb began the tour by telling us there were about 350,00 people buried there and approximately 206,000 city residents so, in 2021, there are more people dead than alive in Rochester! Other interesting tidbits include the fact that Mt. Hope (founded in 1838) was the first municipal cemetery in the United States. Not only that, it was never a segregated burial ground (as many were) and the word cemetery means “sleeping chamber” or “dormitory” which sound much more pleasant than “boneyard” and “graveyard”.

Susan B. Anthony’s gravesite was not quite what I’d expected. Though I’m a huge fan of her accomplishments, I confess I had an image of her as a very intelligent and committed, but plain and humorless, spinster. It was a surprise to see her stone in a family plot, surrounded by other Anthony’s. And, to learn a few new facts about her! According to Deb, Susan believed that “All publicity, even bad publicity, is good.” Susan also used visual aids to emphasize her mission and goals, including a red shawl and a battered alligator purse. That purse was actually mentioned in a children’s jump rope rhyme which Tammy and I had often chanted but never realized that there was a real woman with a real alligator bag. If you have no idea what I’m talking about, here’s a link: https://susanbanthonyhouse.org/blog/alligator-purse-rhyme/

Seth Green isn’t a name many are familiar with, but we should be. Though he only had a fifth-grade education, he had an intuitive understanding of ecology and all things aquatic. Not only did he monitor fish populations, diseases, predators, and restocking, he established the first commercial fish hatchery in Caledonia, NY in the 1800’s (today there are 12 fish hatcheries in New York). Later he entered government service working with the New York State Fish Commission, and eventually took on the role of Superintendent of Fisheries for the State of New York. Known as the Father Fish Culture. In North America, his monument carries an anchor, the Victorian symbol meaning “hope for the afterlife).

Frederick Douglass is also buried at Mount Hope, next to his second wife, Helen Pitts, an American suffragist. Something new I learned was that he was the most photographed person of the 19th century. Deb told us he believed in the “power of photography” the way his female colleague believed in publicity. He wanted to have a visible presence so people could see what he looked like and how he carried himself.

George Ellwanger was a well-respected horticulture scientist (landscape architect) in Rochester in the 1800’s. Not only was he laid to rest in Mt. Hope, across the street from his former nursery, but he and his business partner, Patrick Barry, donated part of their property to the City of Rochester to form Highland Park, home to the famous Lilac Festival. Ellwanger also donated non-native trees to the cemetery, the weeping beech shown in the photo below is the second oldest, planted in 1848.

I could go on and on but I’m out of space. It may have taken me 58 years to get to Mount Hope but I’ll definitely be back! Check it out at https://www.cityofrochester.gov/mounthope/