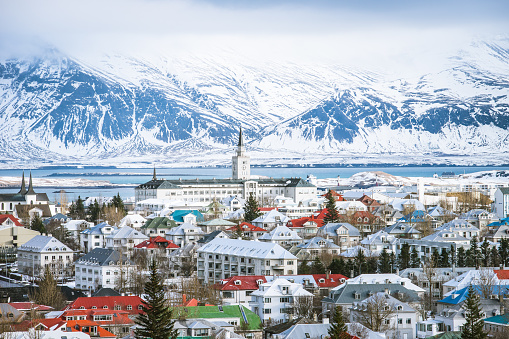 First off, I apologize for not posting since I went to Chicago. It’s been a crazy-busy April but that’s no excuse. However, now it’s time to get ready for a plethora of posts as I leave for Iceland in four days! Where to begin…

How I decided to take this trip

That one is easy! Once I’d successfully ventured to the Galapagos Islands and back, I asked myself if there was another trip that I’d always really wanted to take but kept putting off until “the time was right”? Then I thought about conferences I’d dreamed of going to “someday…” The first thing that popped into my mind was the Iceland Writers Retreat. Mainly because I’ve secretly wondered what type of writers would go all the way to Iceland for a conference. And now I’ll know!

About the Iceland Writers Retreat

The 2022 IWR conference was on, so I signed up before I could lose my nerve. Then I spent some time learning about what I’d committed to. Their website was informative and I now know that “The country publishes more books per capita than any other nation on Earth. And its capital, Reykjavik, is the world’s first non-native English speaking UNESCO City of Literature.” Exciting stuff! Plus, the workshops are only fifteen participants (with one literary leader) and a tour of the Golden Circle is included. Another bonus is a literary walking tour (so much fun in Key West!) All of these will give me plenty of opportunities to mingle with like-minded, curious, and creative writerly types as well as improving my craft.

We’ve been assured we’ll be well-fed and served plenty of coffee, always an excellent way to connect with other writers socially, as well as professionally. With receptions, readings, and pub nights every night, I have the feeling I won’t get much sleep but, since it will be light out until 10:00 p.m., who cares?

Want to know more? Check out their website at

Where will I stay for the conference?

The conference hotel-the brand-new Reykjavik Edition-is stylish and modern, with spectacular views (and a spa). It’s situated in a vibrant neighborhood with plenty of shops and restaurants so I won’t even need a car!

In the end it was these words, also from the IWR website, that drew me in:

“We see these five days as just the beginning of new projects, new community, new adventures.” A marvelous and much-appreciated outlook after surviving two years of a pandemic.

Next up-how I’m extending the trip past the conference and how to pack for both. If there’s anything else you’re interested in, please let me know!